On 6 March 2020 the BMW Motorcycle Club Pretoria held its 25th Annual General Meeting. This would be a very, very special AGM…

The proceedings were aptly opened by a special performance of the Transoranje School Choir. All was arranged by our very only Melinda Botha who works at the school as a teacher.

BMW Motorrad Centurion graciously contributed to the choir’s costumes and they wanted to share their new look with the dealership and the club. And they were gorgeous…

The choir’s performance was nothing short of spectacular! With their severe impaired hearing abilities they followed Melinda’s rhythm queues to first perform an emotional rendition of an Afrikaans ballad and then letting loose on a more lively number.

The result was nothing less than pure goosebumps! What an inspiration they are to us and what a more worthy introduction we could have asked for to our 25th Annual General Meeting.

We wish the Transoranje choir all the best of success on their future performances and we are thankful that they shared their exceptional talent and passion with us!

Standing out in the crowd

The next very special moment was when Lenny Spinola was awarded with honorary Club membership.

His passionate, professional and long-standing service to the club and its members would forever show in the brass plate added to the plaque holding the names of all the previous members that served the club with distinction. Thank you Lenny for all that you have done for the club’s members and continue doing!

The AGM proceeded in orderly fashion with all agenda items passing the vote. The committee gave an overview of another eventful year and was unanimously re-elected to serve another year for the club’s members.

In the shortened March club meeting that followed, we congratulated Deon Basson as the winner of our February #heartbeat social media competition. He gathered the most reactions on his spectacular photo. Congratulations Deon!

Thank you to everyone that supported the Club the past year and who continue to make the BMW Motorcycle Club Pretoria our home of #sharedridingpleasure.

This is what the club stands for – pure #sharedridingpleasure! So proud to be a part of this and grateful to serve another year! #onwardsandupwards <3 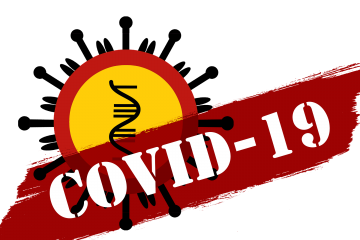 The President’s address elevated the Corona virus as a national disaster and various drastic measures were announced to help limit the spread of this disease. In the interest of the health and well-being of our Read more…